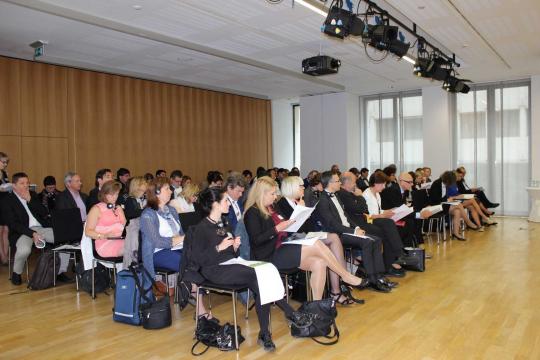 International animal welfare organisation VIER PFOTEN/FOUR PAWS, the Federation of Veterinarians of Europe (FVE), CAROdog, CAROcat, and the Representation of the German State of Hesse organised a two-day conference on “Identification, vaccination and movement of dogs and cats in the EU: How to improve the Pet Passport and TRACES systems” and included the launch of a new report on this topic.

International experts on animal welfare and health, Identification & Registration (I&R), and international movements of pets, together with representatives of the European Parliament, EU Commission and EU Member States, convened to share information on the present situation of I&R across the EU, and formulate proposals aimed to improve both national and EU legislation.

The speakers emphasised the fact that despite the presence of some useful EU rules aimed at protecting companion animals, both in their country of origin and when travelling to other countries, more should be done.

It was also noticed that the rules related to the Pet Passport, which was established in the EU in 2012, should be reformed, in order to increase its effectiveness. At present, a pet passport is only required when travelling, while it has been suggested that all companion animals should have one from birth as a life-time document replacing national health and vaccination booklets, regardless of their movements.

Specific proposals have been produced also in relation to the characteristics of the transponders used for the identification of the individual animals, which presently contain different sets of information in different Member States, and the information is not accessible through a European register. This makes both the prevention of criminal activities and the reunion of lost animals with their families more difficult.

Finally, the experts also discussed practical field examples on the transport of cats and dogs and agreed that there is a need for clarification and better recognition of the specificities of these animals within the transport Regulation 1/2005 and the Trade Control and Expert System (TRACES).

The European Parliament has repeatedly called for the establishment of a harmonised EU-wide I&R system, but to no avail so far.

The speakers and members of the audience have therefore asked the European Commission and the Members States to develop specific proposals, in order to address these issues, having in mind that solutions already exist, at low cost and that most issues could be achieved by very simple means.

The conference was organised in relation to the launch of a report entitled "Identification, Vaccination and Movement of dogs and cats in Europe", prepared by the European office of VIER PFOTEN/FOUR PAWS, in collaboration with Dr Sven Hüther, Director of Planet ID and ISO expert for Germany.

The report is available online: