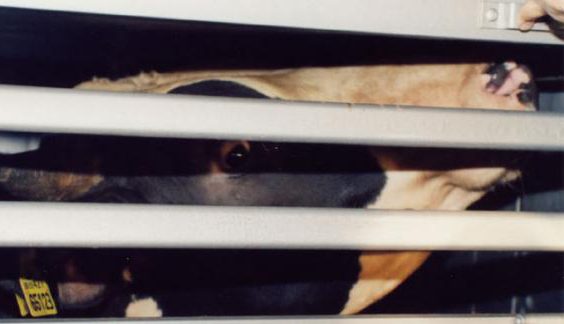 Brussels, 28.07.2016. Today, in the case C-469/14 “Masterrind” (1), the EU Court of Justice (ECJ) has answered two questions asked by a German Court in the frame of a request for a preliminary ruling. Today’s decision emphasises the importance of  taking animal welfare into account during transport and the necessity to limit long-distance transport involving live animals. The decision is likely to benefit millions of animals that are transported annually in the EU.

The case in question involved a German company who, in 2011, sent 6 live Bovines from Germany (Hamburg) to Morocco, meaning a complete transport time of 30h30 in the EU, which was divided as follows: 1 hour of loading, 8h30 of travel, 1 hour break, 2 hours of travel, 10 hours break and 9 hours of travel resulting in a total of three travel periods and three breaks instead of  the two determined by EU Regulation 1/2005. The veterinarian at the starting point in Hamburg concluded that the transport plan conformed to the guidelines and approved the journey, allowing the payment of export refunds to the transporter, which were paid before the transfer occurred. The problem stems from the fact that the veterinarian at the EU exit point in France decided that the transport did not adhere to Regulation 1/2005 as it exceeded the maximum EU travel time permitted and as a consequence, the German financial authority in Hamburg asked for reimbursement of the export refund received.

The first question addressed to the Court aimed to clarify how to interpret the rule of 29 hours of travel in the transportation of bovines outlined by Regulation 1/2005. According to EU rules, the transport should happen as follows: 14 hours of travel, “at least” 1 hour of rest and 14 hours of travel, after which a resting time of 24 hours for the animals is required. In addition the Regulation also states that the transport time can be  extended by 2 hours, totalling an overall time of 31 hours, when it is in the interest of animal welfare because the end destination is close. In this case, the complete travel time (including rest time) exceeded the 29 hours but was below the 31 hours permitted as derogation on the condition that it is beneficial to the animals well-being. Moreover, the 10 hour break was to respect the mandatory resting time of the driver and not for the welfare of the animals.

Overturning a previous case on live transport of animals at the time of the previous transport legislation, the Court decided that the first objective of Regulation 1/2005 is to improve the welfare of animals during transport. Therefore, a resting time of 10 hours that doesn’t allow the animals to effectively rest violates this. The Court also ruled that, in this case, the limit of 29 hours was exceeded but not for the benefit of the animals wellbeing as permitted as derogation by the Regulation.

“This decision is a new step for the welfare of animals during long distance transport, as it makes clear that the first and primary objective of Regulation 1/2005 is animal welfare before market consideration.”, said Pierre Sultana, Director of the European Policy Office of VIER PFOTEN. However, there is still a lot to improve so that the legislation fully respects the well-being of the animals, starting with reducing the journey time of the animals”.

The Court however, decreed that the journey can be divided into several transport periods and resting times as long as they do not exceed 29 hours.

(1) Please find the complete text of the decision here: http://curia.europa.eu/juris/liste.jsf?language=en&td=ALL&num=C-469/14