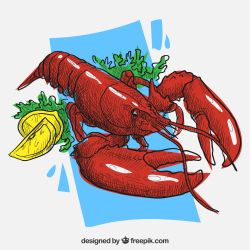 The Italian Supreme Court sentences a restaurant to a 5,000EUR fine for keeping lobster on ice. The high court confirms that crustaceans are sentient beings capable of experiencing pain if they are mistreated.

The Italian Supreme Court states that lobster feel pain if they are kept on ice before being taken to a kitchen, particularly if their claws are tied. Those that follow this practice are considered to be mistreating the animal, as per Article 727 of the Italian criminal code. Because of this, the Supreme Court sanctioned the Campi Bisenzio restaurant in Florence to a 5,000EUR fine, in addition to paying compensation damages to the LAV  (Antivivisection League).

The high court maintains that it is one thing to cook the animals when they are still alive, something that constitutes a “habitual social practice”, however it is another to keep them in a way that causes “suffering from being kept on ice and tied up” before being cooked […]. The owner of the restaurant defended himself by explaining that the crustaceans arrived from America in boxes of ice with their claws tied, and he therefore provided the same conditions until they were cooked. The Supreme Court stated that this claim was inadmissible due to various pieces of research in recent years, which have resulted in a part of the scientific community taking the view that these animals are capable of experiencing pain as sentient beings. The Supreme Court proposes alternative methods of keeping lobster before they are cooked, such as aquariums with an adequate temperature and level of oxygen, a system that is used in both supermarkets and by leading restaurants.

In short, from this point forward, many Italian restaurants will have stop using methods which preserve lobster and other crustaceans on ice, because this causes the animals to suffer.