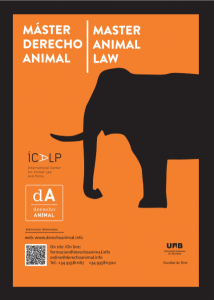 The Autonomous University of Barcelona (UAB)  has launched its 8th edition Master in Animal Law and Society, dedicated to training professionals committed to animal defence, which start on October 16th, 2018. 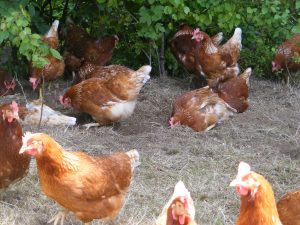 The coalition will implement 3 strategies: provide a platform where food companies and farm animal welfare experts can work closely; prioritize welfare issues and develop roadmaps for industry change; and advance knowledge through industry insights, research, and partnerships for action. 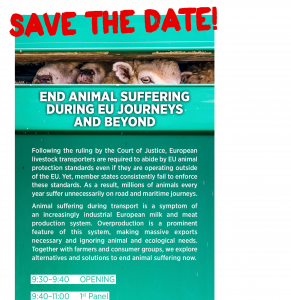 FOUR PAWS welcomes the creation of the voluntary initiative subgroup on improving health and welfare of pets (dogs) in trade, and of other new subgroups

Brussels, 21.06.2018 – The international animal welfare organisation FOUR PAWS is one of the members of the EU Platform on Animal Welfare launched by the EU Commission last year. Yesterday the third meeting of the Platform took place in Brussels.

FOUR PAWS welcomes the activities of the Platform as an additional forum for stakeholders to exchange views about animal welfare.

In particular, FOUR PAWS welcomes the initiative of the Dutch government to establish a new voluntary initiative subgroup on improving the health and welfare of pets (dogs) in trade, to tackle issues related to the trade in pets in Europe. Representatives of FOUR PAWS, other NGOs, independent experts, and Member State representatives had their first meeting on this topic on 19th June, and yesterday their plans were presented at the Platform meeting.

Yesterday’s meeting of the EU Platform on Animal Welfare also offered the opportunity to present the activities of the subgroup established by the Commission on the transport of live animals.

Furthermore, a new subgroup on tail docking of pigs was launched by the Commission, while various Member States announced their intention to launch own-initiative subgroups on pig castration and fish welfare, in addition to the existing one on equidae.

FOUR PAWS is confident that the new subgroup dedicated to improving the health and welfare of pets will produce concrete proposals to improve the enforcement of EU pet legislation, and identify together with Member States effective actions to control more efficiently pet movements. “Already in 2016, through a report and a European conference[1], we highlighted the enforcement issues met in practice by the competent authorities, in particular in relation to the identification of dogs, and the Pet Passport and TRACES schemes”, explains Sophie Duthoit, EU Companion Animal Policy and Legal Coordinator at FOUR PAWS Europe, who is the organisation’s representative in the subgroup. “The subgroup will also be the right place to promote the enforcement of mandatory breeder registration under the upcoming Animal Health Law”, she continues.

FOUR PAWS also welcomes the progress made within the working group on extreme temperatures of the subgroup on transport. “All stakeholders have shown a very constructive attitude by sharing information on existing problems and ideas to solve them” says Adolfo Sansolini, FOUR PAWS’ representative in the subgroup on transport and in the Platform. “We also agreed that it would not be sufficient to prepare new factsheets for drivers and other recipients, therefore we will work on a parallel document too, through which we will propose a communication strategy for their effective diffusion. We will also highlight parts of the existing legislation whose enforcement is difficult, or that need changing altogether. It is our hope that the EU Commission will act on our suggestions in order to ensure that animal welfare during transport is improved through all necessary means.”

To review the web stream of the meeting: https://webcast.ec.europa.eu/3rd-meeting-of-the-platform-on-animal-welfare

Access the Minutes of the EU Platform on Animal Welfare meeting that took place on June 21: https://ec.europa.eu/food/sites/food/files/animals/docs/aw_platform_20180621_sum.pdf​

Thirty years after the adoption of the law on the protection and the welfare of animals, the Walloon government adopted on 25 April 2018, the animal welfare code, still to be submitted to the Council of State.

Fourteen measures have been decided based on the principle that animals are sensitive beings, capable of feeling emotions and hold a certain level of consciousness.


the Code aims at ensuring the protection and welfare of animals:

Main dispositions laid down in the Code:

GAIA has welcomed the announcement of the Animal Welfare code in Wallonia (read more here).

The EU Commission has designated the first EU Reference Centre for Animal Welfare made up of a consortium formed by the Wageningen Livestock Research (The Netherlands), the Friedrich Loeffler Institute (Germany) and the Department of Animal Science at Aarhus University (Denmark). It will focus on pig welfare and its designation will be reviewed every five years.

The Centre will provide technical support and coordinated assistance to the Member States to carry out official controls on animal welfare and contribute to the dissemination of good practices, carry out scientific studies, training courses and disseminating research and information on technical innovations.

The link to the Commission Implementing Regulation (EU) 2018/329 of 5 March 2018 designating a European Union Reference Centre for Animal Welfare is available here.

The next Animal Welfare Intergroup meeting will take place on Thursday 18 January, from 9.30 to 11.00 hrs, in room LOW N 3.2, EP Strasbourg. The topic discussed will be on the set-up of the EP Committee of Inquiry on Animal Transport and the animal welfare related work programme of the Bulgarian Presidency (agenda).

The IAWS will welcome renowned national and international experts in animal welfare and research, along with representatives from the political and commercial arenas, civil society initiatives and NGOs.

For more details and registration (from mid-October) visit www.iaws2018.com

On 18 December 2017, FOUR PAWS EU participated to the Animal Health Advisory Committee (AHAC), during which was discussed the financial benefit of derogations from animal certification (TRACES), based on an ongoing study, soon to be finalized.

The "Study on intra-European Union (intra-EU) animal health certification of certain live animals" is based on art 144 of AHL (the EU Commission has the possibility to adopt a delegated act, establishing derogations to TRACES certification for the movements of kept terrestrial animals, which does not constitute a significant risk regarding the spread of diseases).

The data gathered from 2009 to 2015, related to the intra-EU live animal movements, was obtained from TRACES, Eurostat and FAO, as well as from questionnaires sent to the Member States and to operators. The study analyzed the costs ensuing from the inspection done by the competent authorities and the costs that operators bear to comply with the legislation.

A derogation would constitute a benefit, decreasing direct costs for the competent authorities (75% of benefits), as well as for the operators (25% of benefits). For each consignment, the benefits range from 50 to 200€. The total direct benefits for all of the EU is estimated to be 22 Million euros per year. The biggest financial benefits from a derogation would impact the transport of pigs. The Netherlands and Germany would be the countries having the highest benefits from a derogation (35% of all the benefits). Then comes France, Ireland, Spain and Belgium (5%).

13.11.2017 – Brussels. On Friday 10th November, the second meeting of the EU Animal Welfare Platform took place in Brussels. As announced during the last meeting, the EU Commission confirmed that two sub-groups will be created: one on transport should be finalised by the end of this year, and a second one on pig welfare should be established after the next Platform meeting in June 2018.

Many Member States and other stakeholders requested the establishment of more sub-groups, in order to tackle important animal welfare issues, in particular on illegal trade in dogs and cats, and on equine welfare. Sadly, the EU Commission made clear that it is not intentioned to establish other official working groups, and repeated that it is not intentioned to produce or amend EU legislation on animal welfare – even when it is much needed, as in the case of live animal transport.

Pierre Sultana, FOUR PAWS EU Director, “We welcome the idea to create sub-groups on transport and pigs to improve the enforcement of these pieces of EU legislation. However, we regret that the EU Commission is not willing to create some others, in particular regarding the issue of pet trade, ignoring once again the demands of EU citizens, confirmed by the last Eurobarometer on animal welfare”. Five Member States, who recently produced a joint proposal on pet trade, demanded the establishment of a subgroup on dogs and cat trade, and were supported by other Member States and stakeholders. This demand is in line with the aims of the CARO (“Companion Animal Responsible Ownership”) project, supported by the EU Commission itself.

FOUR PAWS also welcomes the highly needed discussion on equine welfare that took place in the afternoon session, in particular on the topic of population management. FOUR PAWS would however like to recall that the main reason why some horses are “unwanted” is because of some amateur – and unfortunately also professional – breeders, who are breeding many more horses than the market absorbs, thus generating dreadful consequences for such unfortunate animals. FOUR PAWS would therefore support the establishment of a sub-group on this topic, as requested by several Member States. It is indeed much needed that the EU Commission, Member States and other stakeholders work together in this direction. Pierre Sultana added: “The EU should make sure that any legislative change of animal welfare legislation is truly in favour of the animals, and not of detriment to them”.

Facing the repeated call to create more sub-groups, the EU Commission finally let a small door open for members of the Platform, , who will be able to organise informal sub-groups on other topics, and report back to other participants during the general meetings, in order to improve collaboration on specific topics.  “We would like to invite the EU Commission and the Platform to consider the call of the EU Member States and other stakeholders and to take courageous decisions where needed”.

To review the web stream of the meeting: https://webcast.ec.europa.eu/second-meeting-of-the-platform-on-animal-welfare

Click here to access the minutes of the second meeting of the EU Platform on Animal Welfare.