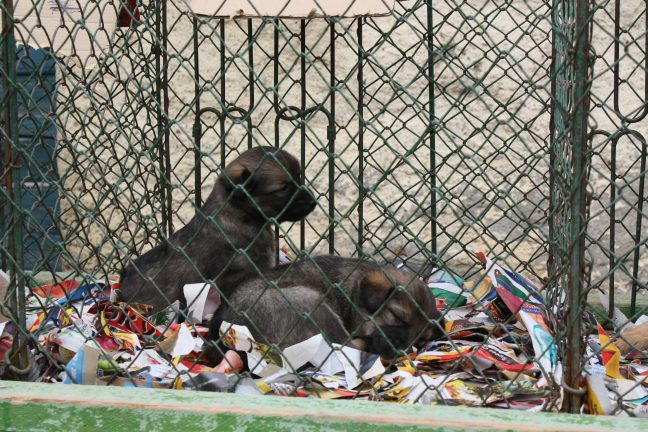 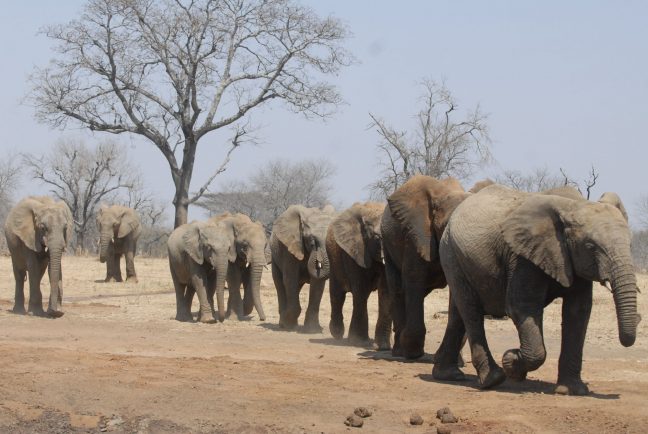 The EU Commission has launched an online survey to find out what EU citizens think about the ivory trade and the actions that the EU should take against ivory trafficking. The responses can be submitted until 8th December 2017.

The numbers of African elephants are endangered by poaching and every year 20,000 animals are killed! The ivory trade, which is still going on across Europe, fuels this disaster. This survey is an opportunity to encourage the EU to take the strongest possible action to end the ivory trade and poaching.

Brussels, 05.07.2017. Concern about pet health and welfare due to unregulated online trade was at the heart of a joint letter sent early June to EU Commissioners Andriukaitis (DG SANTE) and Ansip (Vice-President of the EU Commission and in charge of the EU Digital Single Market) by the Federation of Veterinarians of Europe (FVE), the Federation of European Companion Animal Veterinary Associations (FECAVA) and FOUR PAWS International. In particular, the letter called upon the EU Commission to establish through EU legislation, eight measures aiming to enable responsible selling and buying of animals online, and more precisely to improve the traceability of sellers and of the animals being sold.

In reply to the letter, the Commissioners recalled the existence of current relevant legislation, in particular those covering the commercial and non-commercial movement of pets’ legislation, the (new) Animal Health Law and the E-Commerce Directive.

Pierre Sultana, Director of European Policy Office commented: "We appreciate that EU Commissioner Andriukaitis made clear that under the new Animal Health Law, any keeper of dogs and cats for commercial purposes will be required to register his establishment, even if he is not the owner and keeps the animals only on a temporary basis. However, it is disappointing that the EU Commission doesn't intend to go further and will be relying on the Member States for proper enforcement of this new legislation. Research into 42 classified ad sites in 10 countries carried out by FOUR PAWS has clearly revealed that this is not enough." Indeed, several loopholes in EU legislation and its enforcement have been identified by FOUR PAWS' Pet Deception Campaign (www.petdeception.org) and by the joint FVE, UEVP and FECAVA report "Working towards responsible dog trade”.

Rafael Laguens, President of the Federation of Veterinarians of Europe (FVE): “Citizens expect the EU to play an important role in helping Member States to protect the licit economy against financial and tax fraud, unfair competition and organised crime behind Illegal trade of companion animals.  Especially as this trade is more than just a financial deal. It deals with living beings, caring owners and relates to cross-border spread of infectious and zoonotic diseases, consumer protection and animal cruelty. This is why regulation of online animal trade is imperative and action should be taken urgently.”

President Jerzy Gawor, FECAVA president stressed: "Profit should never take priority over animal health and welfare or public health and should never harm the consumer. Therefore, FECAVA urges EU legislators to regulate standards of dog breeding and trade, including over the internet. To facilitate enforcement and to protect consumers, public health as well as animal health and welfare, we furthermore ask to render the identification and registration of dogs mandatory throughout Europe."

Julie Sanders, Director of Companion Animals Programme added: "With the switch from newspaper ads to the internet, sellers have been able to reach a much wider audience of potential buyers, on both a national and international level. Furthermore, sellers do not have to register with classified ad sites which means that they remain anonymous this has led to a big increase in illegal activities such as the selling of illegally imported puppies and exotic animals."

FVE, FECAVA and FOUR PAWS International are therefore calling for classified ad sites to introduce seller registration on their sites to protect both the public and the animals being sold.

Protection for animals and buyers

The organisations will continue to lobby for a mandatory registration system as part of the new Animal Health law, where breeders and sellers are not only registered but are also legally obliged to show their registration number, when selling an animal online. In addition, the registration details should be held on a publicly accessible database, so that buyers can check if the breeder or seller they are buying from is registered. This will mean that buyers and sellers can be traced so that consumers have some protection.

* The Federation of Veterinarians of Europe (FVE) is an umbrella organisation of 44 veterinary organisations from 38 European countries, representing a total of around 240 000 veterinarians. The FVE strives to promote animal health, animal welfare and public health across Europe. www.fve.org

East Midlands MEP Emma McClarkin has today, on World Rhino Day, spoken of the need to tackle illegal wild life at all stages of the supply chain, starting with the preservation on the ground in Africa.

The 17th meeting of the Convention on International Trade in Endangered Species (CITES) is taking place in Johannesburg, South Africa, starting this weekend. Every three years CITES meets to review and strengthen the fight against illegal wildlife trade.

As part of her work on the International Trade Committee and her long campaign to crack down on Illegal Wildlife, Miss McClarkin will meet with a range of experts from government, international organisations, and non-profits to compile her report on illegal wildlife trade and her recommendations for tackling it, due for debate in December.

In recent times, the Illegal Trade in Wildlife has witnessed a surge, and has been increasing in value. Miss McClarkin is committed to ensure that illegal wildlife trafficking remains a permanent topic on the EU trade agenda and that appropriate mechanisms and procedures are developed and put in place to combat this crime.

Anti-corruption measures, good governance and support for trade facilitation will be three of the key points on the agenda, areas that Miss McClarkin has previously identified as crucial in tackling this illegal activity.

"It is vital that the international community works together to stop illegal wildlife trade, which generates an illicit economy of billions of dollars each year, and threatens the sustainability of not only our ecosystem but also the stability of many developing countries.

"The present policies should be reinforced and appropriate enforcement measures developed to guarantee that that this crime is stemmed and that CITEs is making concrete steps.

"This should be done within the framework of existing agreements and with resources already available to international organisations."

Recent statistics reveal that over the past ten years rhino poaching increased by 7000% just in South Africa alone, while illicit ivory trade in general has doubled since 2007. In light of these figures, Miss McClarkin welcomes the new improved efforts by the British government to crack down illegal ivory trade, as reported in The Times this week.

On Tuesday 27 September the EU Dog & Cat Alliance and The Parliament Magazine will be holding an evening reception on Protecting Dog and Cat Welfare in Breeding and Trade.

Sirpa Pietikäinen MEP , President of the Intergroup on the Welfare and Conservation of Animals

Petras Auštrevičius MEP , Vice-President of the Intergroup on the Welfare and Conservation of Animals

The event will focus on important developments related to companion animal welfare in the EU, including the findings of the European Commission's study on the welfare of dogs and cats involved in commercial practices, European Parliament's resolution on the introduction of compatible systems for the registration of pet animals and the Alliance's call for an Action Plan to tackle the illegal trade in dogs and cats in the EU and safeguard consumer protection, public health and the internal market.

More information can be found in here.

The European Section of the FCI (World Canine Federation) is is organising a summer outdoor event dedicated to our best friends: dogs.

The event will take place at the beautiful Egmont Park in Brussels on Tuesday afternoon 28 June 2016. It will combine presentations on relevant topics such as puppy trade together with demonstrations from organisations that work with dogs on various fields: medical assistance, rescue operations, drug detection, just to mention some.

END_OF_DOCUMENT_TOKEN_TO_BE_REPLACED 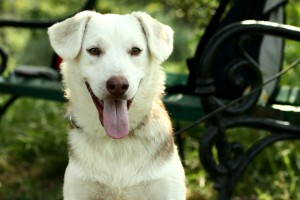 END_OF_DOCUMENT_TOKEN_TO_BE_REPLACED

System of “independent voices” for animal welfare leads the way

END_OF_DOCUMENT_TOKEN_TO_BE_REPLACED

The Action Plan 2016-2020 against Wildlife Trafficking has been published by the EU Commission on Friday 26 February 2016. It is the result of joint work of the High Representative for Foreign Affairs and Security Policy/Vice-President of the Commission, Federica Mogherini, and Commissioner for Environment, Maritime Affairs and Fisheries, Karmenu Vella, with some support from the Commissioner for International Cooperation and Development, Neven Mimica and the Commissioner for Migration, Home Affairs and Citizenship, Dimitris Avramopoulos. The Action Plan is a response to the growing European problem regarding Wildlife Trafficking, which requires taking actions immediately in order to combat the illicit wildlife trade.

END_OF_DOCUMENT_TOKEN_TO_BE_REPLACED

The European Commission published a communication “Trade for all. Towards a more responsible trade and investment policy”, which presented the ongoing EU activities regarding trade globally. The communication is just a political document without any binding legal value. The main objectives of the European Commission regarding a responsible trade and investment policy included: gaining international markets, facilitating digital trade, promoting the EU’s best practices and standards internationally, eliminating non-tariff barriers and corruption. Additionally, the EU Commission is currently negotiating trade agreements with non-EU countries in order to have a more transparent trade policy based on the respect the environment, human rights and consumers protection.