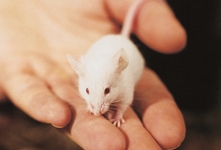 On February 15 2017, the European Commission sent a reasoned opinion (second step of the infringement process) to Italy for not having transposed properly the EU Directive on the protection of animals used for scientific purposes (Directive 2010/63/EU). Already in April 2016, a letter of formal notice was sent to Italy by the EU Commission. If the Italian authorities fail to act within two months, the case may be referred to the Court of Justice of the EU.

This Directive, which should have been enacted into national law by 10 November 2012, ensures a high level of animal welfare while safeguarding the proper functioning of the internal market. It also aims to minimise the number of animals used in experiments and requires alternatives to be used where possible. Italy had enacted the Directive in March 2014; however, a number of points of non-conformity need to be addressed. On certain aspects, the Italian law remains below the animal welfare standards set out by the Directive, while Italy invokes its allegedly higher standards on other issues, which can disturb the proper functioning of the internal market.

Through its hunting legislation, Finland has authorised hunting of the Eider males (a bird waterfowl specie) during their reproductive period, which is strictly forbidden under the Birds Directive. The Directive allows only the hunting of these birds only outsides of breeding or spring migration season.

In Texas, a licensed veterinarian will be judged for having given online pet consultation. This is in infringement with the veterinarian duty to proceed to a preliminary physical examination of an animal before giving prescription.

This is a growing issue. Worldwide, it appeared that more and more pet owners are checking so-called "Dr Google" before going to the veterinarian when their pet is sick.

The monthly "infringement package" has been published by the EU Commission. No animal welfare topics are covered this month.

You may read it here http://europa.eu/rapid/press-release_MEMO-14-116_en.htm

END_OF_DOCUMENT_TOKEN_TO_BE_REPLACED

Today, EU Commission has announced that a reasoned opinion (second step of the infringement procedure) has been sent to Hungary regarding the transposition of the Directive on the protection of animals used for scientific purposes.

The deadline for transposition of this Directive was planned for 10 November 2012.