The programme is available here.

The report is available here 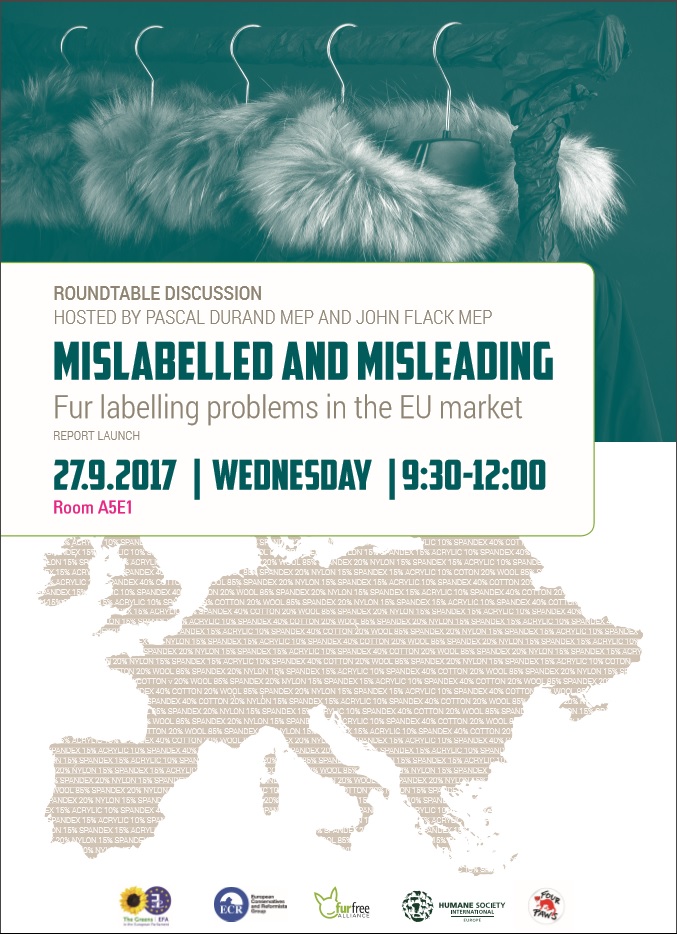 – having regard to Rule 133 of its Rules of Procedure,

A. whereas at any one time 65 billion animals are being kept worldwide to produce food for people, and whereas in Europe 80% of such animals are reared intensively with more regard for profit than for animal welfare and public health;

B. having regard to the suffering caused by genetic selection, mutilation, the premature separation of mother and offspring, the use of GMO feedingstuffs, battery farming and transport and the industrial slaughter of terrified livestock without effective stunning;

C. whereas repeated scandals in the agrifood industry have revealed the existence of mafia-like networks and methods which take advantage of the abolition of border controls and our decision to forgo food sovereignty;

D. whereas 70 % of meat is still sold without a label specifying its origin;

E. whereas the labelling of eggs as free range has proved a great success;

1. Calls on the Commission to:

– propose measures to consolidate and improve the existing labelling specifications;

– introduce an ‘animal welfare and public health’ label which certifies the ethical nature, the nutritional quality and the traceability of agri-food products and that the welfare of the animals concerned was guaranteed from birth to slaughter;

2. Instructs its President to forward this resolution to the Commission, the Council and the national parliaments.

VIER PFOTEN welcomes the decision but hopes for quicker phase-out

11. September 2015 – The international animal welfare organisation FOUR PAWS welcomes the announcement of fast-food giant McDonald’s to end its use of eggs from laying hens kept in cages in ten years time in its USA and Canada restaurants.

“This decision could help lead to a major shift, as more farms in the USA and Canada will start working with cage-free keeping, thus fulfill the growing expectations of consumers for animal friendlier products,” said Martina Stephany, Director of the Farm Animals and Nutrition Department at FOUR PAWS. “It would be ideal if McDonald’s is able to complete the full shift to cage-free eggs within less than ten years.”

McDonald’s made this commitment public towards animal friendlier production last Wednesday. Up to 90% of laying hens in both the USA and Canada are still kept in cage-systems.

In Europe, McDonald’s has been 95% cage-free as of 2012 and sources eggs from barn or free-range kept laying hens. A small percentage of ready-made products that McDonald’s procures could still contain cage-eggs.

Globally, more than 60% of eggs are sourced from cage-kept laying hens. Cage-systems are far from being species-appropriate for laying hens. Laying hens spend their entire lives on a wire mesh flooring and on a space so small that it does not exceed an A4-paper.

“Information on the sourcing of the eggs that land on our plates and whether they come from cage or cage-free kept is not always available” says Martina Stephany. “FOUR PAWS demands mandatory labelling of fresh and processed eggs. Consumers can only then have the possibility to decide for animal friendlier products.”

The animal welfare umbrella organisation Eurogroup for Animals announced today in a press release that Commissioner Andriukaitis made the decision to launch a new EUROBAROMETER survey on animal welfare in 2015. An Eurobarometer is an official EU tool aiming to the EU to collect public opinion on one specific topic. The Eurobarometer ususally takes the form of a survey.

The last Eurobarometer on animal welfare was done in 2007. It concluded that there is a high and increasing citizen request for more animal welfare and for welfare labelling. The survey estimated that citizen were already well informed on animal welfare standards in meat production, but wanted to be even more informed. Please find the 2007 final report here.

Up from 1 April 2015, the new rules on labelling of fresh, chilled or frozen meat from sheep, goats, pigs and poultry implemented by Regulation (EU) No 1169/2011 of the European Parliament and of the Council of 25 October 2011 on the provision of food information to consumers have come into force.

These new rules require the mandatory labelling of "place of rearing" and "place of slaughter" for fresh, chilled or frozen meats from sheep, goats, pigs and poultry.

Following the EU Directive 1169/2001 which will require labelling of fresh meat products according to where the animals were raised and slaughtered as of April 2015; the Parliament has voted for a similar step towards labelling of processed meat and has requested the European Commission to take preparatory steps towards this ends. Products with processed meat would then be labelled with the country of origin of its primary ingredients of animal origin.

“Labelling according to country of origin for both fresh and processed meat can help in establishing basic traceability and transparency in the food supply chain. In this regards, we welcome European Parliament’s initiative and encourage the Commission to take actions on this subject. However, from an animal welfare viewpoint and in order to really help consumers make informed choices, the label should include location of birth of the animals, the housing system in which the animals were raised and slaughter information. For this reason FOUR PAWS encourages and will continue to encourage voluntary labels which go beyond Parliament’s suggestions and recommend the Commission to come with an ambitious proposal in this sense” said Pierre Sultana, Director of the FOUR PAWS European Policy Office in Brussels. FOUR PAWS calls on the Commission to take this into consideration in its preparatory work towards labelling of meat products.

Today, the EU parliament has rejected a EU Commission's proposal aiming to add for pork meat and poultry meat a mandatory labelling on the Country of rearing.

MEPs expressed themselves in favor of a better labelling, but considered the Commission's proposal is a way to avoid for pork, goat, sheep and poultry meat a EU strict complete labelling as it has been done in 2002 for beef meat. MEPs therefore call on the Commission to withdraw the regulation and to draw up a revised version which includes a mandatory place of birth, rearing and slaughter labelling for those meats, in line with the existing beef origin labelling legislation.

END_OF_DOCUMENT_TOKEN_TO_BE_REPLACED

A report on the possibility to extend mandatory origin labelling for all meat used as an ingredient was published today by the Commission.